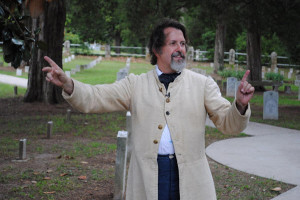 Peter Bonner graduated from Theology School in 1981 and saw success as a missionary, a church planter and a therapist. However his career was cut short when his increasingly poor eye sight made it hard for him to, “hit the long ball”. Unable to keep his golf score in the range of Ecumenical parameters, he was forced to retire his clergy sticker (and secret handshake) and strike out to places unknown. And while maintaining his dignity (but little else) Peter kept himself and his growing family fed thru stints as a Probation Officer, counselor, therapist and Real Estate Agent until he chose to follow his passion for telling stories and combined it with his love of history and created a company that provides historical information and presentations with a slight bend toward the unusual, the funny and the weird….and Historical and Hysterical Tours, Inc. was born.

Since starting his company Peter has written and produced the “only” Gone with the Wind tour in the world, the Civil War to Civil Rights Tour of Underground Atlanta and the only Black History display at Stone Mountain Park.

Presently he and his crew of volunteers are preserving and presenting tours of the Tara façade (movie set) that was the O’Hara’s home in Gone with the Wind. Peter also continues to take his vast knowledge (and pile of displays) to area schools for his “Hands on History Program” as well as speaking to groups young and old throughout the southeast.

Peter is the author of two books, Lost in Yesterday and the Official Guide to the Saving Tara Project and has a number of others ready for release. 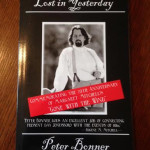 Order Peter Bonner's books: Lost In Yesterday contains the true stories that Peter believes fill the pages of Gone with the Wind per Margaret Mitchell's … END_OF_DOCUMENT_TOKEN_TO_BE_REPLACED 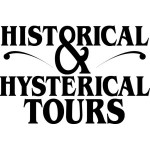 Hello and welcome to the new and refreshed website for Peter Bonner and his historical & hysterical stories. … END_OF_DOCUMENT_TOKEN_TO_BE_REPLACED